Skip to content
Under the new EU taxonomy, natural gas is to be classified as a sustainable energy source. Admittedly, only as a bridging technology and under very strict conditions. But the plan was different. How a scientific listing became a political-economic issue and how the thresholds were determined: an overview.
By
Timo Landenberger 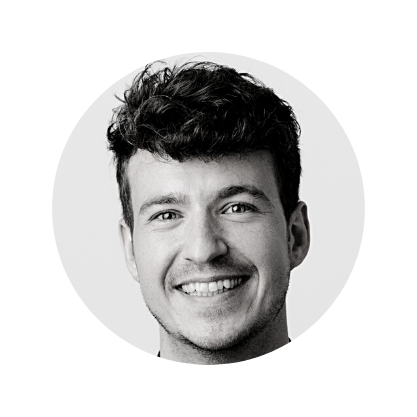 Within a few months, the taxonomy was dragged out of its shadowy existence into the political spotlight and discussed more heatedly than almost any other EU topic at present. Initially, the rules were only intended as a guide for private investors, listing which financial transactions are to be classified as sustainable and which are not. Natural gas was not one of them.

The EU Commission appointed a panel of experts to draw up the criteria, which originally envisaged a limit value of 100g CO2 equivalent per kWh of electricity generated for power plants. This can only be achieved with green or blue hydrogen and efficient carbon capture and storage (CCS), not with pure natural gas.

As a result of the political debate, however, the current taxonomy draft now also provides for higher emissions to be permitted, provided a number of criteria are met. Accordingly, plants whose construction permit was issued before December 31st, 2030, can emit up to 270 g/kWh. The value also comes from a recommendation of the Commission’s taxonomy expert group, but originally only for more resource-efficient plants with combined heat and power. However, even this value can hardly be met when burning pure natural gas for power generation according to the current state of the art.

A spokesman for the energy supplier Eon told Europe.Table that the limit of 270g is ambitious but achievable if the potential for transforming the gas supply is decisively exploited. Markus Pieper, energy policy spokesman for the CDU/CSU in the EU Parliament, on the other hand, is convinced: “The CO2 limit per kWh is unrealistic from today’s perspective and will scare off investors.” But at least new efficient gas-fired power plants could now be connected to the grid without annual lifetime limits.

The “and” in the last taxonomy draft has now become an “or”, so: Plant operators can choose to comply with the 270g/kWh limit or emit 550 kg of CO2 per year. Admittedly, the figure is averaged over 20 years. Therefore, a gas-fired power plant can emit considerably more in the first year, provided this is compensated for in subsequent years.

Nevertheless, the value is equivalent to a lifetime restriction and finds its origin in the capacity market of the electricity market regulation: The cap on the CO2 intensity of fossil power plants promotes the phase-out of coal, but allows gas at least to temporarily secure the energy supply.

In addition, the draft taxonomy provides for a gradual fuel switch. Accordingly, new power plants can theoretically use pure fossil natural gas at the beginning, provided that the direct limit value or the annual budget is complied with. However, from 2026 onwards, at least 30 percent, from 2030 onwards at least 55 percent, and from 2035 onwards exclusively “low carbon fuels” must be used.

However, it is unclear how these are defined. In its gas package of last December, the EU Commission speaks of a greenhouse gas reduction of 70 percent compared to conventional fossil fuels. Exactly what this means remains open. It also remains unclear whether the reduction target refers to the direct emissions that occur during electricity production or also takes the supply chain into account.

For example, blue hydrogen is basically considered a low-carbon gas. Only water vapor is produced during combustion, and the CO2 generated during production from natural gas is captured and stored using CCS. However, when natural gas is transported, large amounts of methane escape into the air through leakages, and the EU’s methane regulation only addresses infrastructure within Europe. However, more than 80 percent is imported. Open questions like these make the inclusion of natural gas in the taxonomy even more questionable for critics.

Matthias Buck, Director Europe at the think tank Agora Energiewende, also thinks the move is wrong. Classifying fossil gas as “green” does not reduce the risks associated with gas projects in a foreseeable climate-neutral Europe. “But it diminishes the credibility of the taxonomy, which should serve as a science-based reference point for sustainable investments.”

Of course, it would be possible to invest in gas without a taxonomy label, but this would make it more expensive to raise capital and thus energy prices, counters Markus Pieper, the energy policy spokesman for the CDU/CSU in the EU Parliament. If CO2 capture from blue hydrogen makes the transition to green hydrogen easier to finance because the market ramp-up succeeds, “why not classify gas as sustainable?”, says the MEP.

However, criticism of the conflation of different considerations in the legal act also comes from the investor side. “The EU taxonomy is a list of economic activities that are considered sustainable because they are consistent with certain environmental objectives according to scientific criteria,” says Victor van Hoorn, executive director of the European Sustainable Investment Forum (Eurosif), which represents more than 400 organizations. “Unfortunately, various political considerations can undermine the credibility of the taxonomy for investors.”

For the German Association of Natural Gas, Petroleum and Geoenergy (BVEG), on the other hand, the inclusion of natural gas in the taxonomy is the “logical consequence of the realization that considerable investments in gas-fired power plants are required”. Nevertheless, the inclusion of natural gas is not a free pass for future natural gas investments, BVEG managing director Ludwig Möhring tells Europe.Table. “In my opinion, the EU has very clearly covered investments in natural gas infrastructure, and only within narrow limits: namely, where the investments serve climate protection.” This, he says, is about maintaining the security of supply while reducing CO2.

The taxonomy is based on an EU regulation on sustainable financing from 2020, which should determine which activities and products can, in principle, make a significant contribution to achieving the EU climate targets. The paper distinguishes between technologies that make a lasting contribution and those that do so only temporarily. The so-called bridging technologies.

A corresponding expert panel produced a scientific report that did not include nuclear energy or natural gas. This was not originally intended at all, as the taxonomy was only intended to provide guidance for private investors: Which investments are compatible with EU climate and nature conservation goals? From a scientific point of view, fossil natural gas and nuclear energy could not play a role here.

However, when the EU states decided to link the COVID recovery program to climate-friendly conditions, the question arose as to corresponding reference points for green products. More obvious and also pretty much the only available frame of reference: the EU taxonomy. And even though this is not binding in terms of state support, some member states were bothered by the absence of gas and nuclear power, which for many countries represent bridge technologies without alternatives. A science-based list for sustainable private investment turned into a fundamental regulatory debate.

Get 30 days of free access to the Professional Briefing to read these and more quality news every day.

Try it for free

Are you already a guest at the Europe.Table? Log in now