The visit of US Deputy Secretary of State Wendy Sherman to Tianjin was supposed to prevent any misunderstandings with China. But instead, the People’s Republic is using the meeting for a verbal frontal attack. But Beijing is pursuing a larger goal. 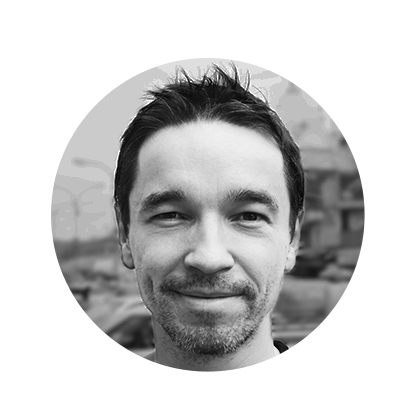 The goal of America’s Deputy Secretary of State Wendy Sherman’s visit to China, which lasted from Sunday to Monday, was to prevent misunderstandings. And after two meetings with China’s Foreign Minister Wang Yi and his deputy Xie Feng, there is certainly no lack of clarity left.

Xie expressed clearly how China currently assesses relations with the US: The US would attempt to demonize China. “The People’s Republic is being turned into an ‘imagined enemy’ in order to hide problems and differences in the US“, Xie said. This is the reason why relations between Washington and Beijing are at an impasse. America’s policy of demonization and smear campaign against the People’s Republic must end immediately. “We urge the United States to change its highly misguided mindset and dangerous policy,” China’s deputy foreign minister stressed.

Xie then presented the American visitor with two lists of Chinese demands: The US must lift all sanctions against Chinese officials, withdraw the extradition request against Huawei executive Meng Wanzhou, who is being held in Canada, allow Confucius Institutes as well as Chinese state media to operate freely in America, and lift visa restrictions against Communist Party members and Chinese students.

All of these are prerequisites for the normalization of China’s relations with America, Xie concluded after his meeting with Sherman in Tianjin. The deputy foreign minister was invited to the port city near Beijing because no political delegations are currently being received in the Chinese capital due to the pandemic.

Earlier, China’s Foreign Minister Wang Yi had also made it clear that it was time to teach the U.S. a lesson: “If the United States has not learned how to get along with other countries on an equal footing by now, then it is our responsibility, together with the international community, to give the US a good tutorial in this regard.”

The Chinese state newspaper Global Times was full of praise for this unequivocal statement. “In the past, China had stressed on creating a good atmosphere for China-US talks.” Even when it came to heated discussion, China did not go public with any statement. But these days are over now. “Chinese society has become fed up with the bossy US.”

Wu Xinbo of Fudan University in Shanghai puts it somewhat more diplomatically: “China is displaying a proactive attitude in its relations with the US. This is the new standard in diplomacy.“

China’s stance is clear: After decades of economic and political ascent, it feels strong enough to take the US superpower head-on. The days when reformer Deng Xiaoping tried to hide his own strengths and bide his time now seem to be over. Now, Beijing wants to negotiate with the US on an equal footing.

Unlike US President Joe Biden and his predecessor Donald Trump, Sherman had struck a remarkably conciliatory note prior to her trip to China. The trips’ intention was to “keep the channels of communication open at the senior level”, the US State Department said. The talks were important to “reduce the risk of misunderstandings” and to establish “protective barriers” so that competition with China did not drift into a full-blown conflict.

So much for the public restraint on the part of the US delegation. But during their meetings behind closed doors, the US Deputy Secretary of State was also very specific. She expressed concerns “about a range of PRC actions that run counter to our values and interests and those of our allies and partners, and that undermine the international rules-based order,” according to the statement released by the US State Department. Specifically, one of the issues she addressed, was “Beijing’s anti-democratic actions in Hong Kong,” “the ongoing genocide and crimes against humanity” in China’s province of Xinjiang, abuses of Tibetans, and Beijing’s conduct in cyberspace, as well as its increasingly strict censorship and restrictions on freedom of expression.

The news agency AFP subsequently quoted an official of the US delegation that Sherman had appeared very brisk and decisive. Officials on both sides subsequently labeled the meetings in Tianjin as very tense.

Still, Sherman urged cooperation: “There are some things that rise above specific differences that are the global responsibility of great powers.” And her Chinese counterpart also asserted that Beijing did not want an uncontrolled escalation of their relations. Stability is in the interest of both sides, and China wants to work with the U.S., Xie was quoted.

As Chinese journalist Chen Qingqing summed up the meeting in the Global Times: “China’s bottom line should make many U.S. policymaker realize where the China policy of U.S. President Joe Biden has led to over the past six months.”

Like his predecessor Trump, Joe Biden is taking a hard-line approach on China. But unlike his hot-tempered Donald Trump, Biden does not dash forward on his own. Rather, since his inauguration, Biden has been doing everything in his power to revitalize America’s alliances and thus establish a united front against China. NATO, for example, prescribed itself a realignment in which China is declared a systemic challenge (as reported by China.Table). The Quad dialogue was also revived – an alliance between the US, India, Japan and Australia to contain China actions (as reported by China.Table). Particular unanimity was achieved a week ago when the US, EU, UK, Australia, Canada and New Zealand, as well as Japan and NATO, jointly held the government of the People’s Republic responsible for criminal cyberattacks (as reported by China.Table).

For China, this all adds up to a global search for allies, a competition in which the People’s Republic is currently losing its footing. For the authorities in Beijing, the visit of the US Deputy Secretary of State was an opportunity to make a public statement on its own soil.

What was evident at the foreign ministers’ last meeting in Anchorage (Alaska) was confirmed in Tianjin. The air between the US and China seems to be permanently soured, a room for compromises is becoming smaller and smaller due to public verbal assaults. However, things are not as bleak as the heated exchange might show. Beijing’s strategy reaches far beyond Sherman’s visit to Tianjin. Rather, it should be considered as an intermediate step – on the way to the first meeting between President Biden and China’s head of state, Xi Jinping. Only at this level can, and should, attempts to be made to ease the strained relations between the two great powers. October is being discussed as a possible timeframe for a meeting – and both sides shouldn’t hesitate much longer.

Get 30 days of free access to the Professional Briefing to read these and more quality news every day.

Try it for free

Are you already a guest at the China.Table? Log in now